After steadfastly refusing last week to allow us access to St. Thomas-Elgin General Hospital board of governors chairwoman Melanie Taylor, a change of heart – sort of – this week.

To recap, Coun. Linda Stevenson – the city’s representative on the board of governors – has tendered her resignation over allegations Taylor is attempting to circumvent a CEO salary cap imposed on STEGH and all hospitals in the province in order to make the position more “competitive.”

STEGH administrators won’t cut Taylor loose to respond to Stevenson, instead we are in receipt of a carefully crafted statement from Cathy Crane, vice-chair, on behalf of the STEGH board of governors.

“In her comments,” writes Crane, “she (Stevenson) says she ‘hasn’t been allowed to be part of the discussion’ with the CEO Selection Committee. In fact, the Selection Committee is leading the recruitment process and reports regularly to the full Board of Governors at monthly meetings. At any time, voting members of the Board are able to provide input, ask questions, and be part of the conversation.”

Is that the same as being an actual member of the Selection Committee, we wonder. It would seem there is a big difference.

Crane continues, “Ms. Stevenson states that the current STEGH CEO salary is ‘probably in the middle of the pack.’

Can’t argue with that one and we listed several comparative examples last week.

“The Selection Committee is well aware of the Executive Compensation freeze under the Broader Public Sector Accountability Act and this has been well communicated to the Board,” Crane advises. “The Selection Committee is at a critical point in the CEO recruitment process and has followed due process with guidance from both a highly reputable recruitment firm and legal counsel.”

So it would appear the maximum salary for a new CEO would be in the $205,000 range. Unless hospital administrators attempt an end run like contributions to a private pension fund.

“Concerns were expressed about a lack of Board transparency,” writes Crane. “In fact, all Board meetings are open and information relative to the topics under discussion are made available. All Board meeting minutes are available on our website. Also posted are a number of different scorecards, including the Board Scorecard, Hospital bylaws and all Board policies.”

We’ve attended board meetings in the past and it appeared much of the relevant discussion and resolutions were dealt with earlier in the day, prior to the open portion of the meeting.

Moving on Crane points out “Ms. Stevenson states ‘it took (city council) almost a year to find me to do it. Nobody wanted to be on it.’ In fact, we were advised by Ms. Stevenson that the reason for the delay in filling the City representative vacancy left when the previous incumbent retired, was that she needed to obtain counsel to ensure there wasn’t a conflict of interest due to her six years of service on the Southwest LHIN Board. This approval took months to secure.”

A strong comeback in the hospital’s favour.

In conclusion Crane makes it clear “The process and application form to apply to be a Board Member and/or a Board Committee Member is on the website. We no longer do a “once a year” call for membership using print advertising as it proved not to be an effective method of recruitment. 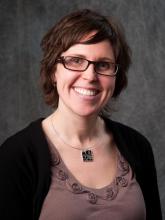 “We use our Board of Governors section on the hospital website, the hospital’s social media platforms, and face-to-face meetings and subsequent invitations to apply as methods to attract potential Board and Committee Members on an ongoing basis.”

Crane closes out the hospital rebuttal with, “Collectively, we stand behind our Board Chair, Melanie Taylor, and the work of the Selection Committee who, along with the entire Board of Governors, value integrity, honesty and transparency.”

All traits clearly evident when the board dealt with the Paul Collins retire/rehire sweetheart deal in 2010.

Why is STEGH shielding board of governors chairperson Melanie Taylor?Blog Posts

Closing the hospital labs? We’ll notify you about that later

Time for more pruning over at the hospital

I’m sorry your patient care has been out-sourced

Just how thorough was the background check?

Accountability and transparency when mandated

And you thought the CEO of St. Thomas Elgin General Hospital had actually retired

A former member of the STEGH board of governors forwarded these observations, prompted by Stevenson’s disclosures last week.

“I had to chuckle as I read tonight’s article about lack of transparency or my favorite, not wanting input contrary to the majority. The more things change the more they stay the same. I am very impressed that Linda spoke out. I have never figured out how the 24-hour retire/rehire decision was never questioned or dealt with at the STEGH or at a higher level.”

Our contributor continues, “Why hasn’t someone been groomed for the position of CEO months ago? Why should the salary be raised? Isn’t that one of the major issues with our underfunded and deteriorating health care system – overpaid administrative staff while front-line staff are laid off and departments closed. A good question is how many departments haven’t been closed and are still operating. Not many. Thanks for bringing back memories.”

Unclear as to the political aspirations of Coun. Stevenson, however she could win over a lot of voters if she took last week’s declaration one step further.

If you recall she stressed, “I will not be part of a process where there isn’t transparency. If they’re not going to be transparent I will not vote. I will not approve something that is not transparent. Ethically, I can’t do that.”

Good on you Linda, so let’s take that one step further. Resign from your position on the Ascent/St. Thomas Energy board of directors and call for a review of the practices of that body.

Surely the least transparent of any board dealt with at city hall.

A resignation that ultimately could result in you sitting in the mayor’s chair when the votes are counted in 2018.