If you were unable to attend this morning’s (Oct. 28) dedication ceremony, you owe it to yourself to visit Veterans Memorial Garden on Moore Street.
Chairman Herb Warren and his memorial committee – Worth Chisholm, Douglas Nicholson, Coun. Mark Tinlin, Shelly Haycock, Ron Smith and Allan Weatherall – have created a beautiful downtown sanctuary in honour of the men and women who have served and gave their lives in past conflicts.
The garden incorporates the city’s war memorials in one downtown location. This would include the The Great War Memorial which stood in front of St. Thomas Elgin General Hospital and the Second World War and Korean War memorial at Princess Avenue. END_OF_DOCUMENT_TOKEN_TO_BE_REPLACED

A coalition of groups and individuals concerned about the proliferation of industrial wind turbines is calling on the province to halt the approval process for new projects and develop and enforce new, tougher noise standards.
In a media release issued today (May 31) Wind Concerns Ontario (WCO) claimed the Kathleen Wynne government has failed to respond to thousands of wind turbine noise complaints.
And locally, a spokesperson for ratepayers opposed to proceeding with a wind turbine project in Dutton/Dunwich said it’s further proof the province is “kowtowing to . . . their corporate buddies.”

END_OF_DOCUMENT_TOKEN_TO_BE_REPLACED

Opponents of the Strong Breeze Wind Project in Dutton Dunwich gathered outside the Dutton Community Centre on Thursday, vowing it’s never too late to stop construction of 16 to 20 wind turbines capable of generating over 57 megawatts of green energy,
Meantime inside at a public open house, a spokesman for Chicago-based Invenergy said his firm has had positive feedback from local businesses wanting to know how they can participate in the undertaking that likely won’t see a shovel in the ground before 2019.

END_OF_DOCUMENT_TOKEN_TO_BE_REPLACED 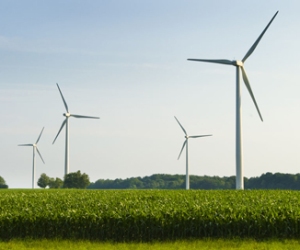 The most glaring dishonesty peddled by the wind industry — and echoed by gullible politicians — is vastly to exaggerate the output of turbines by deliberately talking about them only in terms of their ‘capacity’, as if this was what they actually produce. Rather, it is the total amount of power they have the capability of producing.

In Ontario, the mostly dismal daily performance of wind farms is documented here . While today, March 2, has been a productive day with output running above 80% of generation capability, March 1 figures are truly bleak, with nearby Erie Shores in Port Burwell contributing literally nothing to the power grid for much of the day and climbing to just 30% of its rated capability for a mere two hours.

Days like that are more the norm than the exception.

The second great lie about wind power is the pretence that it is not a preposterously expensive way to produce electricity. No one would dream of building wind turbines unless they were guaranteed a huge government subsidy.

What other industry gets a public subsidy equivalent to 100 or even 200 per cent of the value of what it produces?

The third great lie is that this industry is somehow making a vital contribution to ‘saving the planet’ by cutting our emissions of CO2 – it is not.

Tim Hudak and the Ontario PC Caucus will introduce a motion in the Ontario Legislature today calling on the McGuinty Government to restore planning authority to Ontario municipalities so that no industrial wind farm can be imposed on a community that does not want one.

Dalton McGuinty’s so-called ‘Green Energy Act’ allows the Toronto based energy bureaucrats at the Ontario Power Authority to arbitrarily place industrial wind farms anywhere in Ontario regardless of the views of the democratically elected local governments.

Municipalities across Ontario have expressed economic and environmental concerns about the wind farms that are being forced upon them under Dalton McGuinty’s so-called ‘Green Energy Act’.

Ontario PC Leader Tim Hudak is calling on all Liberal Government members to support the motion and give back municipal governments’ ability to decide what is best for their own community.

“Dalton McGuinty’s so-called ‘Green Energy’ scheme will force Ontario families to pay more for industrial wind farms over which they have no control. This has little to do with the environment and everything to do with rewarding Dalton McGuinty’s friends at Samsung.”

“If Dalton McGuinty’s plan for placing industrial wind farms in the backyards of Ontario communities was as popular as he pretends it is, he should not be afraid of supporting our PC motion and, once again, allowing Ontario municipalities to have their say.”

– Schedule A of the Green Energy Act empowers the McGuinty Government
to overrule municipal by-laws and local concerns when locating
industrial wind farms.

– Municipalities across Ontario have passed resolutions expressing
significant concerns regarding the economic and environmental impact
of industrial wind turbine technology being forced on them through
the ‘Green Energy Act’.

THE first detailed study of Britain’s onshore wind farms suggests some treasured landscapes may have been blighted for only small gains in green energy.

The analysis reveals that more than 20 wind farms produce less than a fifth of their potential maximum power output.

One site, at Blyth Harbour in Northumberland, is thought to be the worst in Britain, operating at just 7.9% of its maximum capacity. Another at Chelker reservoir in North Yorkshire operates at only 8.7% of capacity.

Both are relatively small and old, but larger and newer sites fared badly, too, according to analyses of data released by Ofgem, the energy regulator, for 2008.

And to find out how poorly Ontario wind farms perform on any given day, visit here

Seven hundred offshore wind turbines are being proposed for Lake Erie and Lake St. Clair including 165 turbines north of Lakeshore and wind farms off Amherstburg, Colchester, Kingsville and Leamington.

SouthPoint Wind of Leamington had already proposed 15 turbines in three spots off the shores of Kingsville and Leamington. If SouthPoint gets approval for that project, it is proposing a 1,400 megawatt project with 13 wind farms: three in Lake St. Clair and the rest south of Essex County and Chatham-Kent in Lake Erie. Each wind farm could have 55 turbines and could be one to 2.5 kilometres from shore.

“Why should we be the guinea pigs?” Leamington Deputy Mayor Rob Schmidt said Wednesday.

If it could be the first offshore wind farm anywhere in fresh water, there should be more research done, Schmidt said.

There are offshore wind farms proposed on the Great Lakes including Lake Ontario but none approved or constructed in the province.
Full story 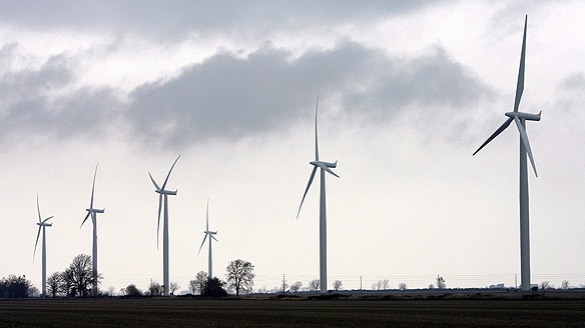 Industrial wind technology is old technology. Windmills probably reached the peak of any industrial efficiency many decades ago when they ground the grains from harvested crops to increase the supply of flour. To pretend they can produce any viable alternate source of energy in the 21st century is something the wind energy lobby has never even attempted to substantiate.

What is not in doubt is, regardless of the billions governments are planning to spend on wind power and the thousands, if not millions of wind turbines it will mean, wind energy can only exist totally dependent on all the current energy sources — fossil fuels, bio fuels, nuclear fuels — being there to produce the overwhelming percentage, probably in excess of 90%, of the energy the world still demands. 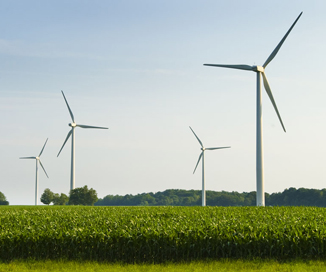 Posted by Ian:
Following Ontario’s $7 billion deal with Samsung, will the province really benefit from the creation of green energy jobs? Not according to a study looking at the American Recovery and Reinvestment Act which found early $2 billion has been spent on wind power, funding the creation of enough new wind farms to power 2.4 million homes over the past year. But the study found that nearly 80 percent of that money has gone to foreign manufacturers of wind turbines.