Bart Geleynse of Prowind Canada Inc. said the speakers at the Hickson Central Public School meeting were claiming a causal relationship between wind turbines and health risks without any compelling evidence.

“I’ve seen nothing that leads me to believe that except anecdotal and quite emotive statements by people making a name for themselves,” Geleynse said.

But the speakers at the June 25th meeting didn’t share Geleynse’s skepticism. Both David Colling, an electrical pollution consultant, and retired pharmacist Carmen Krogh were adamant about the link between wind turbines and a number of adverse symptoms, including dizziness, nausea, headaches and tinnitus.

A wind turbine sits 457 metres from Barbara Ashbee’s home at the Melancthon/Amaranth wind farm in Ontario.

There’s a boom in wind energy occurring worldwide. Keen to meet environmental targets and cut back on fossil fuels, governments in Europe, North America, Australia, and Japan are increasingly looking to wind as a source of power.

In Canada, wind turbines have become part of the landscape in many rural areas, with Ontario, Alberta, and Quebec leading the way in setting ambitious targets for future production of wind power.

From the Maritimes to Alberta, there are about 1,500 turbines powering almost 700,000 homes and businesses, with plans in the works to build another 1,000 to 1,500 in the next year, including in British Columbia where none currently exist.

But as wind farms proliferate, so do complaints about them. While some people experience no negative effects whatsoever, others have even resorted to leaving their homes to get away from the windmills they claim are making them sick.
Full story

High-school teacher Sandy MacLeod is near tears as she reaches into her coat pocket and pulls out a plastic bag filled with a dozen or so orange earplugs.

“I wear these every single night,” she says, though occasionally she’ll “switch to headphones” to muffle the sound of the wind turbine near her home. “But it doesn’t matter. The noise still gets into your ears.”

And, she insists, it’s making her sick. 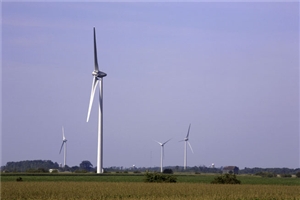 For Sandy MacLeod and a group of 11 neighbours living in the Ripley industrial wind turbine project (within the townships of Huron-Kinloss near the Town of Ripley, in southwestern Ontario), it’s been a very long 18 months. They just want the healthy home environment they had enjoyed for some three to 32 years returned.

“We just want it to be over,” said MacLeod.

The simple request goes out to the companies Acciona and Suncor that own the project and to the provincial Liberal government who approved the operating standards. The group also includes John and Erin MacLeod, Brenda and Glen Wylds, Helen and Ross Forster, Barbara Basser, Melissa Cammaert, Kent Wylds and their daughter Keiara plus David Colling who has been helping the group by testing electrical pollution at their properties.
Full story