Correction: As noted previously by then police chief Darryl Pinnell, the correct number of members of the St. Thomas Police Service earning in excess of $100,000 in 2016 should have been 46 and not 43, making the overall total for that year 113. The increase then for this year is from 46 members to 49.

A report on the salaries of municipal employees earning in excess of $100,000 in 2017 is included in Monday’s council agenda. This is required under the Public Sector Salary Disclosure Act of 1996.
In total, 117 employees eared more than $100,000, that’s up from 110 in 2016.
Breaking down by sector, 49 members of the St. Thomas Police Service are included, up substantially from 43 in 2016.
At the St. Thomas Fire Department, 46 are on the list and that is down by two from the previous year due to retirements.
In city administration, 22 staffers are listed, up three from 2016.
Most notable is the hefty increase in remuneration for some of the senior staff, while most others saw their salary remain relatively stable from 2016. END_OF_DOCUMENT_TOKEN_TO_BE_REPLACED

Well it appears the death of Harold Hill in 2009 has had limited impact on city administrators and members of council.
Hill, 82, was struck by a vehicle while using a crosswalk on Elm Street in front of St. Thomas-Elgin General Hospital on Sept. 24, 2009. He later died in hospital.
Turns out the crossing was not legal, according to city police, and the city has 15 similar uncontrolled crossings in existence today, where pedestrians are likely under the mistaken impression they can safely enter the crosswalk to navigate the roadway.
Eight of those crossings are located along Talbot Street.
In reality, pedestrians do not have the right of way and must yield to motorists at these so-called courtesy crossings.
A headline in the Times-Journal at the time of Hill’s death alerted pedestrians to the danger of these crossings: “Two crosswalk lines . . . ‘mean nothing’.”
END_OF_DOCUMENT_TOKEN_TO_BE_REPLACED

It will never ring again to stir sleepy students or summon legions of exuberant young women to the dining hall, however the return of a truly iconic form of primitive communication is being welcomed by the Alma College community.
It has been some time since this corner has focused on the former school for girls, but the invitation to join Donna Robertson, past-president of the Alma College International Alumnae; Stephen Francom, Elgin County Archives manager; and Mike Baker, Elgin County Museum curator, to provide details on the return to St. Thomas of the Alma College bell proved too tempting to resist.
The bell disappeared some years ago, likely commandeered by a former Alma student in order to provide a safe home as the college faced the spectre of demolition by neglect.

END_OF_DOCUMENT_TOKEN_TO_BE_REPLACED

Dear Mr.Premier,
For over 1 year supporters of the Alma College property have been asking,begging & pleading with culture minister Aileen Carroll to give provincial heritage designation to 96 Moore Street in St.Thomas,Ontario.The culture minister has not responded in any fashion to our requests.Alma College was lost to arson in May of last year,however 2 buildings still remain on the historic property,and were an important part of Alma College.It was reported yesterday that part of the historic front gate,known as “the Sifton Gate” has been stolen,leaving only 1 half of the gate.If the culture minister does not move soon to protect what remains,its only a matter of time before we lose whats left of the Alma College legacy.We ask you and Minister Carroll to give provincial heritage designation to 96 Moore Street,so we can restore the music building,the chapel and the outdoor amphi-theater.The theft of the Sifton gate is heartbreaking,and we now need to have government protection put in place to ensure nothing further is removed from this historic property.Will Minister Carroll do the right thing and honor this historic property with Provincial Heritage Desigantion? We await a response.

Ms.Carroll,
The Alma College supporters are requesting that the Ministry of Culture give “provincial heritage designation” to 96 Moore Street in St.Thomas,before you & your cabinet colleagues embark on a 14 week summer vacation.We’ve now waited well over 11 months for a response from you,and on Thursday May 28th,2009 it will be 1 full year to the day,that we lost the college to arson,however 2 buildings and an outdoor amphi-theater still await protection from your ministry.It would be a fitting tribute to every student and staff member,who walked the halls of Alma College,if they could once again visit the chapel,the music building and the outdoor amphi-theater.Will you step up and give “provincial heritage designation” to this historic land,giving this sad story a positive ending?.We still await some form of a decision. 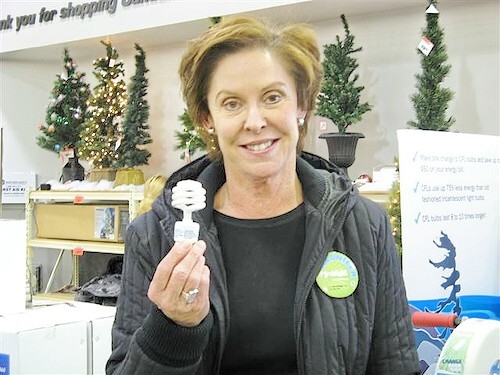 From Bob Foster:
I had to laugh out loud when I read the above headline about Aileen Carroll.Our “culture minister” plans to speak at the Economic Club of Canada to discuss “past victories & future promise”,I have but one question,are you serious? Does anyone in the ministry of culture really believe they’ve had any victories,and as far as the future of built heritage is concerned,its very disturbing to say the least.The mere fact that Aileen Carroll could stand before any group of people,and with a straight face say that she has had even one victory with built heritage,is an exaggeration to say the least.Minister Carroll has failed miserably with built heritage,and the proof is still evident at 96 Moore Street in St.Thomas,where 11 months after the blaze that levelled Alma College,the 2 remaining buildings still have an uncertain future,without government protection.It’s an absolute joke that Aileen Carroll would take any credit,because to take credit,you must accomplish something worth talking about,and the only thing that is concrete,is this minister’s complete disregard for Ontario’s built heritage.I’ve attached a photo of Alma College engulfed in flames,and I give Minister Carroll full permisssion to use the photo during her speech,to show the audience how her refusal to provincially designate the college,lead to it’s demise,and if she considers Alma College a victory for her ministry,then she has won the first place ribbon,for incompetence.Simply unbelievable that Premier McGuinty has allowed this sideshow to continue for so long,because our history is at stake and Aileen Carroll is asleep at the wheel,of the wrecking ball!

The St. Thomas-Elgin Chapter of the ACO will hold its founding meeting on Tuesday, April 14, 2009 at 7:00 p.m. at the Canada Southern Station (former New York Central Station) located at 750 Talbot St., St. Thomas. The meeting will take place in Anderson Hall, the former station dining room. The station is located behind the Giant Tiger store. All individuals interested in architectural preservation in St. Thomas and Elgin County are welcome to attend. Guest speaker at the meeting will be Cathy Nasmith, president of the ACO and Toronto architect.
The ACO was founded in 1933 “to preserve buildings and structures of architectural merit and places of natural beauty and interest”. Since the 1930s, through advocacy and direct action, the ACO has saved hundreds of buildings across Ontario and raised awareness of preserving community heritage. The ACO operates through a network of branches, linked by an office in Toronto. There are 23 branches across the province and a membership of over 1,200. Last year the ACO and its branches organized or participated in 400 events with a total attendance of over 53,000 people. In addition, board members and volunteers served as representatives on local workshops and planning meetings, researched local heritage issues, and acted as advocates before various levels of government.
Each ACO branch has its own board and its own accounts to manage local affairs. Branches operate with relative independence, focusing on local issues, programming and recruitment. Typically, branches advocate for preservation of local architectural heritage and an increased knowledge of the value of such preservation, its contribution to increased tourism, pride and self-esteem.
For more information on the founding meeting, please contact Laurence Grant at 519-633-2535 /laurencegrant@narhf.org 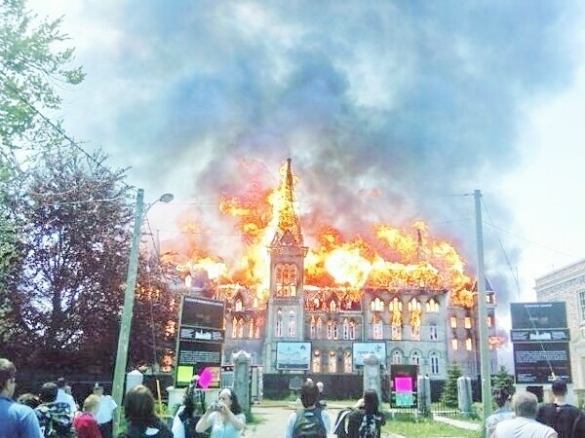 From Bob Foster:
With the release of the “sunshine list” (the $100,000 salary club),it’s appalling to see Minister of Culture Aileen Carroll is making $164,623.53,especially since she has FAILED miserably in her duties as culture minister,and what makes it more shocking is,this minister is also collecting a pension from the federal government,all the while badly neglecting her duties.
END_OF_DOCUMENT_TOKEN_TO_BE_REPLACED

From Bob Foster:
Dear MPP’s,
It’s time for someone to stand up and question Aileen Carroll,about her lack of concern for senior citizens in this province,and for her horrific handling of Ontario’s built heritage.I’ve attached a letter written by a senior citizen,who is concerned about his locked in pension,and Minister Carroll responded by telling the senior “he was not in her constituency”,and could not assist him in anyway.Imagine Aileen Carroll,minister responsible for seniors,and she pretty much told the gentleman (a senior citizen),she will not assist him with his pension concerns.He wrote a second letter informing her that since she was minister responsible for seniors,should she not be assisting all seniors in the province of Ontario.He stated he still has not received a response to his pension concerns.He also stated other senior citizens have had the same concerns with Aileen Carroll,not responding to their many letters.She has also been giving excuses to opposition members,when they rise in the legislature to ask what exactly is she doing to rectify the concern of these seniors.She is also neglecting her duties as Culture Minister,for which I have pointed out on many occasions,her lack of concern with built heritage issues in this province,now she is completely ignoring the seniors citizens in our province,by not addressing their concerns,especially during this time of economic uncertainty.Aileen Carroll needs to be called on the carpet,and asked why she refuses to respond to the citizens of this province,when they have serious concerns,that need her immediate attention.
I urge all members to please read the attached article.
Aileen Carroll