The plug has been pulled – at least temporarily – on Mayor Heather Jackson’s vision of a fibre optics network for St. Thomas.

Her plan for a fibre optics information session was voted down in a closed-door meeting on June 20 and Jackson was so infuriated she fired off an email to various players in the business community pointing the finger at councillors Jeff Kohler and Gary Clarke, who put forth the motion that “The Information Session regarding fibre planned for July 19, 2016 be postponed until a date agreeable to Council.”

Council voted 6-2 in favour of the motion.

The cost of such a network would be tens of millions of dollars according to an individual in the know and this may have played a role in council putting the brakes on the mayor’s plans.

But read the motion carefully again.

Is this not a case of the majority of council telling the mayor we’ll decide what gets done and when.

In essence, a vote of no confidence in the mayor.

Here is how Jackson explained the purpose of the info session.

“The path to establish a locally owned and operated fibre optics solution, for our community, is a long one,” she writes in her email. “In order to begin the process it is critical that we understand the interest and willingness of the community to engage this modern approach. It is an approach that other cities in Ontario and across Canada have embraced and proven successful. The planned community forum was intended to be a first step in determining the level of community interest and answering the questions that you may have.”

Jackson goes on to write, “Unfortunately, a group of council members, do not share this forward thinking strategy and are not prepared to listen to community stakeholders at this time to determine the level of community interest and obtain your input and suggestions.

“It is with much disappointment and frustration I must inform you of the cancellation of this event. I want to thank you for your interest in learning more about a fibre network in our community for business and industry and the possibility of a fibre to the home project. I, personally, was looking forward to meaningful dialogue about the future of fibre optics in our community including different business structures and models of funding.”

So, two things can now transpire.

Councillors opposed to the timing of the meeting might receive feedback from the business community encouraging them to get the proposed information session back on track. Of course any such meeting would be on their terms.

Scenario 2 could see Jackson bypass council and encourage the business community to take the lead and organize an educational session utilizing their resources.

She hints at it in her email.

“… I look forward to continuing dialogue with each of you about the future on this and many other initiatives that will help us continue to be a community of choice for business and industry.”

If we didn’t know better we’d say posturing for the 2018 mayoral campaign is underway.

Unlike redevelopment of Talbot Street West – which came in under budget and ahead of schedule – the opening this week of the Community Recycling Centre was well off the mark, mainly due to delays in obtaining a certificate of approval from the Ministry of the Environment to operate the facility. 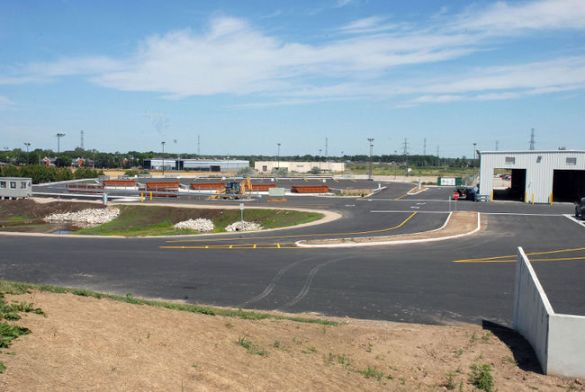 And the cost of the centre more than doubled, with early estimates of $1.4 million grossly on the light side. Final tab will be in the $3 million range.

At a meeting of the select waste committee in February of 2014 John Dewancker, then director of environmental services, told the Times-Journal he was ball-parking the operating cost of the recycling centre at $200,000 annually.

There were those at city hall who doubted the figure would be that high.

Watch how that compares as a line item in the city’s 2017 operating budget.

And don’t forget the owner of the Bush Line transfer station, Bob McCaig, offered in March of 2014 to lease the facility to the city for $5,000 per month.

Is this a snow job on snow removal?

We’ve referenced a couple of times in this corner two individuals with strong ties to Alma College who are offering a number of plaques and other items from the former school for girls to the Alma College Alumnae Association.

This proposed transaction piqued our interest and a call to Brian Squires, former owner of the Moore Street property, seemed appropriate and he provided pertinent background information.

“She (one of the individuals involved) came to me and said she wanted those plaques so she could put them in the (Elgin County) museum for the alumnae,” advised Squires.

“I ended up selling them to her for a song. I priced so much per plaque, only with the understanding they were going to take care of them and she was buying them on behalf of the alumnae.”

So roughly how expensive was this song?

“I’m thinking around $1,000 or $1,500 or something like that. I was the guy that took all those plaques down and saved them and she was the person who contacted me on behalf of the alumnae. I heard about what is happening . . . and if I had known what she is doing now it would be game over.”

Who is in the driver’s seat for St. Thomas Energy merger plan?