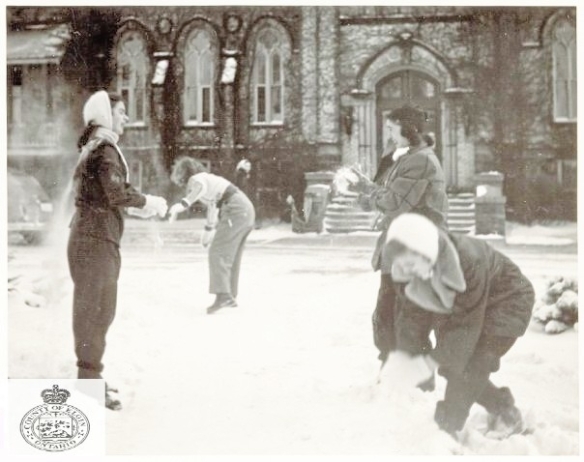 Posted by Bob Foster –
Dear Mr.Premier,
Recently the Heritage Canada Foundation released it’s 2009 top ten endangered places and worst losses list,and it’s no surprise the worst loss of 2008 was beautiful and historic Alma College in St.Thomas,Ontario.The college was set ablaze on Wednesday May 28th,2008 at exactly 12 noon.The dreams of seeing this magnificent structure fully restored were now over,however once the smoke cleared we were given a renewed hope,because TWO historic buildings on the property survived the intense inferno,giving us a chance to save a small part of the 130 year legacy of Alma College.

We have tried unsuccessfully to convince Aileen Carroll to give provincial heritage designation to 96 Moore Street,so the CHAPEL,the MUSIC BUILDING and the OUTDOOR AMPHI-THEATRE will have the protection of the Ontario government.I know in the midst of this beautiful summer weather,as everyone goes about there summer rituals,it’s easy to forget about a deserted property,at the end of a quiet street,that has now become a symbol of all that is wrong with Ontario’s treatment of our built heritage.96 Moore Street was built with pride,maintained with pride and has been left with an uncertain future,because our culture minister is unwilling to give recognition to this historic piece of land.130 years ago,many hard working men gathered at 96 Moore Street to create a masterpiece,they succeeded in erecting one of the most beautiful buildings in Ontario,the attention to detail was second to none and to see the college in person,was to see architecture at it’s absolute best.They built Alma College in a time when everything was done by hand,unlike today where it is done with relative ease,with the assistance of heavy machinery.The Alma supporters are asking the hard work of these men finally be recognized,because if we simply bulldoze what remains,it’s like tearing a page from the history books.We are asking,begging and pleading with culture minister Aileen Carroll to give provincial heritage designation to 96 Moore Street in St.Thomas,Ont so the Alma College legacy will be protected for many years to come.
The HCF Endangered Places List

One thought on “Time to recognize the architects of Alma”