The focus the government should be taking is job creation, especially in St. Thomas and Elgin. That’s the thumbnail analysis from Elgin-Middlesex-London MPP Jeff Yurek on the Ontario budget handed down Thursday.
“There’s pretty much zero for job creation or even getting our economy back on a somewhat level platform,” Yurek told City Scope on Friday.
“Spending is up $3.6 billion dollars at a time we’re trying to balance the budget. That’s just the wrong direction.”
Do you start with reeling in public sector salaries? Do you tinker with bargaining rights, as was the case with teachers? 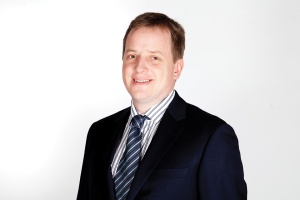 So what would Yurek have liked to see in the budget, apart from the obvious answer, many things?
“I think we need to be fiscally responsible until we get our budget balanced. And this budget is not really taking fiscal matters as a priority.”
And with the NDP ready to prop up the government, where does that leave the party under leader Tim Hudak?
“It’s frustrating because one day Andrea Horwath is talking about the government has no confidence because of the gas plant scandal and mismanagement. But if the government gives her five or six things, she can be bought off and that’s fine. They are totally propping up a government that has been untruthful with the people of Ontario. So you’re basically agreeing with what the government has done over the last few years, especially with the gas plants.”
So Yurek and the party will not support the budget, but what about the promise of lower insurance rates for motorists, something he has championed since taking office?
“I do call for a decrease in insurance and I’ve put out a few ideas on how to get there. How the Liberal government has promised, there is no timeline and I don’t think what they’re proposing to do will actually decrease rates in the near future. I’ve put forth a few proposals that would bring quicker relief to the province.”
In the meantime, Yurek and his party promise to continue hammering away at the Libs.
“We’re going to keep working hard on them. It’s what I hear people in the riding want. They want accountable government, they want better energy rates and they want jobs. Everyone wants jobs.”

UNDER INVESTIGATION
After an initial response of “OK, I’m not saying anything,” the city’s human resources manager, Graham Dart, has confirmed the Ministry of Labour has visited city hall in the past month or so to investigate complaints of harassment.
“The Ministry of Labour was in,” advised Dart. “They issued a document which is a public document, basically. We have to post it in the workplace and we did so. That’s about all I’m going to tell you.”
Since it is a public document, we requested a copy. As of closing time Friday at city hall we had yet to receive it.
To re-cap, one instance of workplace harassment involves a long-term employee, off on stress leave following complaints of verbal abuse and violence levelled against city treasurer Bill Day.
A situation that has resulted in a “poisonous” atmosphere in the treasury department.

FILL THAT VACANCY
At its Monday meeting, council will officially declare the seat of Ald. Sam Yusuf vacant. At which point the fun will begin.
Council has 60 days fill the vacancy , which it can do by appointing an individual to fill the vacancy and, as clarified in CAO Wendell Graves‘ report, there are no stipulations on how that appointment can or should be made.
Members could visit the list of candidates from the 2010 municipal vote (the top three runners-up were Linda Stevenson, Peter Ostojic and Bill Sandison); it could appoint a citizen-at-large; or it could solicit interest from the public.
As an alternative, council could call a by-election, at an estimated cost of $50,000 (the 2010 municipal vote came in at $56,600).
Not sure about Ostojic, however Stevenson no doubt would jump at the opportunity to accept the invite.
As for Sandison, he has spent the past 18 months sparring with one alderman (Tom Johnston) while chastising council as a whole for various failings.
So, why is he apparently so eager to join the party?

QUOTE OF THE WEEK
“It’s this type of regressive behavior that runs rampant in small towns that keep them from moving forward. Perhaps their (those opposed to the zombie festival) time would be better spent with ideas on revitalizing the downtown core and attracting new business to the area in order to make the community thrive. Are they going to play the theme from ‘Deliverance’ when council walks in to vote?”
Reader Mary MacDonald posts her take on opposition to a proposed zombie festival on the Times-Journal Facebook page.

One thought on “Stop the budget bus, we’re headed in the wrong direction”