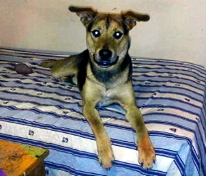 Trial update: Due to a busy court schedule today, Day 2 of the trial has been pushed back to Wednesday (Oct. 9).

The recounting of Lady’s injuries proved traumatic today (Oct. 3) and the trial scheduled to last three days at the Elgin County Courthouse will determine if the actions of the German shepherd’s owner, Tarrick Fakira-Martin, led to her death.
Fakira-Martin was charged in July of last year after St. Thomas Police received reports from residents in the area of St. Catherine and Meda streets regarding the well-being of a dog.
He pleaded not guilty to charges of injuring an animal on the trial’s opening day, in front of  Justice Glen Donald.
The first witness, St. Thomas Police Service Const. Dan Ainsworth, recounted the events late on the evening of July 3, 2018, when he responded to a grassy area at the end of St. Catharine Street adjacent to the rail yard.

Referring to a series of 23 photos shown to him by assistant Crown attorney Vanessa Stewart, he described unearthing a shallow grave with Const. Sean James where they discovered the body of a dog.
He described injuries and fresh blood on Lady’s face and a crush mark on the head, believed to be the result of blunt force trauma. 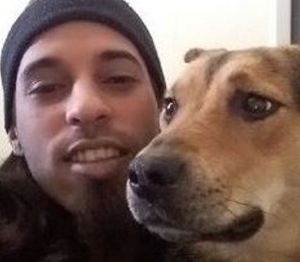 The second witness of the morning, Sgt. John Cosby, was assigned to the case the following day, at which time he discovered a blue suitcase close to the gravesite containing a dog collar, leash and food.
However, Lady’s owner was not identified until July 10 when Cosby received a tip about Fakira-Martin living in a St. Catharine Street boarding house.
A phone call to the residence was answered by a woman who said she was Fakira-Martin’s mother.
She told Cosby her son’s dog had drowned.
When cross-examined by defence lawyer William Glover, Cosby said the woman told him the dog was buried near the rail yard.
Fakira-Martin was arrested and charged late in the afternoon of July 10.
The trial continues 10 a.m. Tuesday (Oct. 8)