The city’s incoming municipal council will be sworn in Monday and, prior to that, members will undergo an orientation and training session today in the council chamber at city hall.
It is an opportunity for the newcomers to gain an introduction to the city’s procedural bylaws and code of conduct . . . matters of protocol several out-going members apparently did not familiarize themselves with.
Picking up on our discussion last week with Mayor Heather Jackson, we asked her about the city’s relationship with neighbouring municipalities — not always of a harmonious nature in areas like tourism promotion and marketing.
“We have work with our neighbours and we have to work with the county,” stressed Jackson. “Let’s get a liaison meeting set up early in the new year. I want their new council to get to know our new council . . . so we can continue to build a relationship.

“We’ve come a long way. I know when I first got on council, I couldn’t believe the city and county barely spoke to each other. I’m glad things have improved that way.
“We’re surrounded by the county, we can’t just ignore them. We need to make sure we’re all on the same page and moving projects forward.
Especially when striving to attract sorely needed new business to the area.
“The county is really starting to focus on agri-business and we need to understand our role in that. So we really need to be working together on all levels.”
We can only hope this new spirit of neighbourly cooperation extends into the horseshoe at city hall.

FAMILY FACE-OFF
It’s a distinct possibility next year’s federal vote will be a family affair in Elgin-Middlesex-London.
Former city alderman, Lori Baldwin-Sands is the acclaimed Liberal candidate and her daughter, Catharine Sloan, is one of seven in the running for the PC nod, with the nomination meeting a week from today. 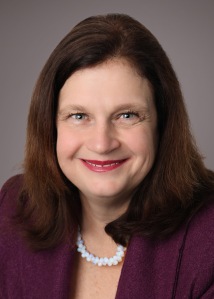 Prior to her acclamation, Lori was not all that keen to discuss the possible match-up, however Catharine is more than willing to shed light on how the family deals with the obvious political differences.
Catharine forwarded us the following insight.
“Yes, if I am selected as the Conservative candidate I will run against my mother. Yes, it’s a little bit awkward,” Catharine confesses.
“With a story like this, you’re probably wondering what is really going on. Here are the facts: I love my mother. I couldn’t ask for a better mother. My mother and I both love swimming, hiking, and watching Maple Leafs games together.
“But when it comes to politics — we couldn’t be further apart. I’m a conservative. At my core, I believe that government is not the answer to all of life’s problems. My mother and I have differed on this point for years. 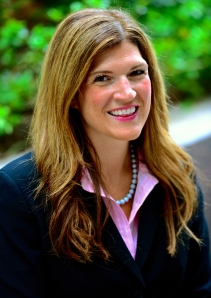 “A great example is the issue of child care — I support Stephen Harper’s plan to lower taxes on hard-working parents so they can make the best decisions for their children. My mother is a Justin Trudeau Liberal. She supports the Liberal’s plan to create a national centralized daycare program.
“We’ll never agree on this. Or on most things in politics. We’ll argue about it during Sunday dinner. But we will always be respectful with one another, even when we don’t agree. Because like many families, we disagree about politics, but no matter what, we will always love each other.
“For me, politics has always been about the issues, and that’s why I’ll run a clean, competitive campaign putting the Conservative record and ideas to help hardworking families up against the big government Liberal plans. I believe in balanced budgets, lower taxes, a tough stance on crime, and support for our farmers and veterans.
“As Canadians, we are lucky to live in a democracy with the freedom and prosperity we enjoy on a daily basis. I believe that our country’s best years are still ahead of us, and I hope that together as a community, we will make Canada a better place.”
If it turns out to be a mother versus daughter showdown, how difficult will it prove to run “a clean, competitive campaign?

POINT TO PONDER
Reader Stan Beleutz checked in with us Friday wondering what the feeling is in the community regarding fundraising draws that incorporate LCBO gift cards as prizes.
We’ll let Stan set up the story.
“A few days ago a young lad and his dad came to our door, selling tickets for a draw on Dec.2/14. This is a fundraiser for the St. Thomas Minor Pee-Wee “A” Jr. Stars.
“The grand prize is $1,000, second prize is a one-night stay at the Elmhurst Inn and a gift basket. The third, fourth and fifth prizes are gift certificates to the LCBO.
“I appreciate the volunteers working with the kids at minor hockey and any other sports the kids are involved in, but it strikes me a bit odd that someone would come up with gift cards at the liquor store for three different prizes in a fundraiser for kids sports.
“Grocery stores, restaurants, sports shops, clothing shops etc. all sell gift cards I personally believe would be more appropriate for this purpose.”
Are bottles of wine/alcohol or LCBO cards appropriate gifts in fundraising draws to support minor sports?
Most of these sports organizations face mounting financial pressures and feel whatever will sell tickets is fine by them.
Is it anything goes when raising funds in the community? Email us with your comments at the address below.

“We can’t keep doing things the same old way and having decisions being made by a small
group of people that I don’t think really ever knock on doors, or they probably wouldn’t have come up with some of the ideas they came up with in the last election.”
Ontario PC leadership candidate Christine Elliott speaking to several dozen people at a lunch meeting Thursday in Aylmer.