The final numbers have been submitted and it’s a bitter lesson for mayoral candidate Mark Cosens, who found you can’t spend your way to the top.
March 27 was the deadline for candidates to file campaign expenses for the 2014 municipal vote and all 22 individuals met that target.
Cosens claimed $15,244.94 in expenses, which was well beyond double the amount logged by Mayor Heather Jackson at $5,883.59.
Cliff Barwick, who filed months ago, spent just over $4,000.

Key contributors were Richard and Dorothy Jackson at $750 each; Reith & Associates — Dan Reith — ($700); Doug Tarry Jr. ($400); Colborne Centre Holdings — Shmuel Farhi — ($500); Century 21 — Harold Kewley — ($350); and Gord Campbell ($250).
Although it is not a requirement to include expense receipts, it should be noted Barwick was the only mayoral candidate to submit a complete accounting of his expenditures.
We’ve already noted the eight aldermanic candidates who filed statements at the end of January and we’ll recap that.
Maximum expenditure limit for aldermanic candidates was $28,355.45.
First-time councillor Mark Tinlin spent a little more than $7,700 on his city hall bid, with contributions from two developers — Shmuel Farhi, through Farhi Holdings in London, contributed $400 and Bob McCaig of St. Thomas supported Tinlin with $200.
Joan Rymal spent $4,500 on her successful campaign, with a $400 contribution from Farhi through Colborne Centre Holdings. She was also the beneficiary of $750 from Teare Software Solutions, Toronto and $300 from Reith & Associates in St. Thomas.
Jacqueline DeLeebeeck, who missed a seat on council by only 41 votes, spent $2,800 on her bid, with a $200 contribution from McCaig.
Mark Burgess eked out DeLeebeck for the final spot in the council chamber and spent a little more than $1,800 in the process.
John Allen and Brett Bear spent less than $1,000 each on their unsuccessful bids for election.
Frank Lattanzio and Phil Thomson ran expense-free campaigns.
We’ll examine the statements of the remaining aldermanic candidates next week. 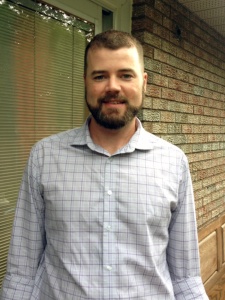 The attempt by Coun. Burgess at Monday’s deliberations to pare about $240,000 from the final tally by peering line-by-line into the 2015 operating budgets of several city departments was not wasted on Kohler, who praised the rookie member for doing his homework.
Uh, hate to deflate that balloon, but if Burgess had really done his homework he would known the Ontario Works, water and sewer budgets are not supported through a property tax levy.
And likewise, he should have discovered the St. Thomas Police Services Board determines the annual operating budget and not Police Chief Darryl Pinnell.
Greater due diligence needed before attempting again to embarrass or discredit staff and department heads.

CATCH A RIDE
Last fall, the City of London extended an invitation to St. Thomas to participate in its Regional Rideshare program.
It’s a carpooling program in operation since 2007 and proving very popular. The online service facilitates ridesharing by identifying shared destinations and user-driven routes and presents the common routes to users, according to a report to council Tuesday by transportation technician Ross Patrick.
The expanded program is projected to launch in May and only requires a verbal confirmation from city council at this point.
Total cost to the city this year would be in the $3 – 4,000 range and in future years the estimated cost would be less than $3,400.
With the lack of public transit linking the two cities, this is a great initiative to remove some vehicles from the busy commute periods each day.

Earlier this week, the London Hydro board announced it will pay the City of London a one-time dividend of $10 million over a two-year period.
We haven’t heard what’s in store for St. Thomas this year as Ascent — formerly St. Thomas Energy — has in the past paid a dividend of $500,000 some years.
Now mind you, other years they haven’t handed over a penny.
Do we get the sense the latter scenario is likely the case for 2015?

“The budget process is extremely frustrating. The revenue streams just aren’t there for municipalities.”
Coun. Gary Clarke during final 2015 budget deliberations this week.
City Scope appears Saturday in the Times-Journal. Questions and comments may be emailed to ian.mccallum@sunmedia.ca.