It was a question posed by one of three appeal court justices that cut to the chase in the latest snafu associated with the Sutherland Saga.
Wednesday morning at Osgoode Hall in Toronto, she queried why “a defect in service would make an order null and void.”
Specifically, why would an alleged deficiency in the manner in which Chris Peck, the city’s chief building inspector, delivered a notice to building owner David McGee, warning of demolition of the structure for failure to comply with a previous work order, render it null and void?
Well, that was the determination of Justice Kelly Gorman on Sept. 27 of last year at the Elgin County Courthouse, which let to the city’s appeal of that decision heard last week.
Prompting the city’s legal counsel, Tom Halinski, to question the validity of Justice Gorman’s verdict and argue it “lacked analysis” and she failed to exercise her option to simply amend or alter the work order instead of declaring it lacked authority.
While the appeal court panel reserved judgment, guaranteeing further chapters will be added to the almost nine-year-long saga, there was no shortage of intriguing revelations and questions to ponder.

For instance, just how many engineering reports does it take to determine a structure is unsafe?
If one of those reports indicates the building is in imminent danger of collapse in 2008 and nine years later it is still standing, is the structure now deemed safe?
In answer to Halinski’s pondering on how much detail is required in an unsafe building order, McGee’s lawyer Valerie M’Garry cheekily responded the Ontario Building Code will answer that and so the city’s “chief building inspector needs to read the legislation.”
M’Garry went on to note McGee spent anywhere from $150,000 to $200,000 in 2008 repairing the building, but has been unable to get further financing because of the threat of demolition by the city. “Mr. McGee has invested a good deal of money,” she pointed out.
Hard to quantify that based on the derelict condition in which it stands today.
It would appear McGee has no insurance on the building although he advised he could provide it if needed. So, who is liable if a passerby is struck by a piece of falling debris? The city, and ultimately ratepayers?
M’Garry indicated to the justices her client was not initially aware of the work order in question, even though it was posted on the front door of the building and the structure was to be monitored on a daily basis.

And finally, Halinski in his closing comments summed up the futility of the Sutherland Saga, which has seen residents of the city held hostage for close to a decade.
“There is no reasonable evidence of any prospect of repairing the building,” he concluded.
So, it’s back to the Elgin County Courthouse on May 24 where the team of M’Garry and McGee will challenge an unsafe building order the city issued last fall that gave the owner until Dec. 15 of last year to provide a detailed work plan and schedule repairs that were to have begun in January.
And the hostage-taking continues.
Related posts:
Fate of Sutherland Press building remains in a holding pattern
It’s time to move on, the hostages are beyond the restless stage
KEEPING SENIORS ACTIVE AND INVOLVED
By the end of the year, city council and staff will be in possession of an Age-Friendly Community Plan and implementation blueprint.
So what exactly is such a plan and how will it benefit seniors in the community?
In a report to council this past Monday, Elizabeth Sebestyen, chairperson of the steering committee, explained the plan “will be a living document that serves as a lens for future planning and a template for ongoing community relationship building and collaborative planning.
“The plan will draw clear linkages to other municipal and community planning initiatives. It will forge vital partnerships between local agencies, community groups, service providers, the city and the county, funders and seniors and their families.”
In short it is an effort to make St. Thomas and Elgin a place for seniors to lead healthy, active lives and stay involved in their communities. 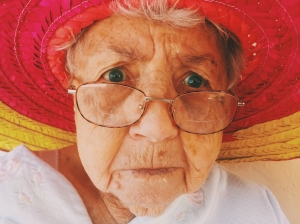 Such a community would focus on eight World Health Organization considerations: transportation, housing, social participation, respect and social inclusion, civic participation and employment, communication and information, community support and health services, and outdoor spaces and buildings.
In addition to community surveys this spring and interviews, a minimum of five seniors’ focus groups will be scheduled for this month and next.
The needs assessment process will culminate in a half-day community stakeholder forum will be scheduled for June 5 at Elgin St. Thomas Public Health. This will be an opportunity for participants to set future directions for an age-friendly plan.
This forum will generate a discussion paper to be distributed mid-June with a Sept. 8 deadline for comments. A second half-day workshop will be held mid-September from which will emerge an action plan with a rollout strategy to include implementation steps and a sustainability plan.
WILL INTERNET VOTING STIMULATE AN APATHETIC ELECTORATE?
St. Thomas voters will return to the polls Oct. 22 of next year to cast ballots for mayor, councillors and school board trustees and, for the first time, internet and telephone voting will be employed but for advance polls only.
It will be up to council to determine the length of the advance voting period, which can begin after Sept. 23, 2018.
If you are considering challenging for a seat on council, nomination period begins on May 1 of next year, a change from the previous Jan. 1 date. The last day to file for nominations for council and school board trustees is July 27. 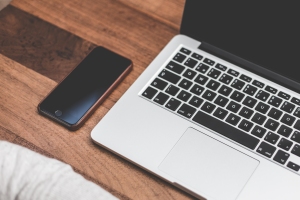 Through online voting, an elector can vote from any location with an available internet connection by using a computer, tablet or cell phone. With telephone voting, an individual would need a touch-tone dial pad.
Internet and telephone voting would be available 24 hours per day during an advance voting period, which could range from 7 to 14 days.
Individuals wishing to employ the internet to cast their vote will be directed to a secure voting site where they will be required to login using a voter identification or PIN and other authenticator. Once the elector has voted, a ballot receipt is displayed indicating that the vote has been cast.
The jury is out on whether this will act as an incentive to improve on the anemic 38.5 per cent voter turnout in the 2014 trip to the polls.
However, the assessment of Coun. Gary Clarke may be closer to the frustrating reality.
“The real issue is voter apathy,” observed Clarke at Monday’s council meeting. “I don’t think we’ll get the results we think we will.”
Related post:
Call, click or mark . . . options for St. Thomas electors in the 2018 municipal vote

CLEAN UP AND CHOW DOWN
For several years, homeless advocate Jason McComb has been keeping the downtown core in spotless fashion with little in the way of fanfare.
And now, Mayor Heather Jackson is issuing her 20-minute makeover challenge whereby businesses throughout the city are encouraged to allow staff that time period to clean up the area around their premises.
The challenge runs from April 17-22. Submit before and after photos for a chance to win a pizza lunch for your business.
You can register here
CAT CONUNDRUM
How about a barn program for cats?
It does exist in St. Thomas but has languished in recent years and Lois Jackson, chair of the city’s animal welfare committee and founder of All Breed Canine Rescue, urgently needs to breathe life back into it.
Jackson explains why.
“Recently we’ve had a few cats come in that came from a home where a lady had passed away . . . and the landlord hired someone to clean out the house. And he called the pound and said, ‘There’s a bunch of cats here, what do I do with them.’ One went to Animal Aide, we took one and I haven’t really heard what’s happening to the rest of them.”
Likely five or six cats in that total, and the chance of adopting them out seems remote, according to Jackson.
“We put one in a foster home and it did not work out well at all. So she’s back at the city pound and I don’t know what to do with her. I don’t want to euthanize them but we need a community-based solution.”
A better solution than euthanasia, but is placing a cat in a barn or outbuilding a viable or even humane alternative?
“If the barn is clean and the animals are cared for and fed, then I guess I can live with that,” Jackson concedes. “I don’t have the answer, it’s a conundrum.
“I do know there are some good country folks who do look after their animals, who do care. But they get so many cats and dogs dumped on their driveway and they have trouble staying ahead of the ball game.”
So what exactly does Jackson have in mind?
“What we’re looking for is good, clean, warm barns, outbuildings or shelters so the cats at least have a chance. The city would pay through the barn program to have the cats spayed or neutered and vaccinated. And then the caretaker guardian would look after them from that point onward. It’s a tough call. The farmers are busy but there have to be some people out there. We don’t get that many, in a year maybe 20.
“And we would make sure they are healthy cats.”
If you can help place cats through this program, contact Jackson through the All Breed Canine Rescue Facebook page.

Continuing on the pet path, an open house and info day will be held next Sunday (April 23) at the animal shelter, 100 Burwell Road, from noon to 3 p.m. You can find out more about the various programs and get your cat or dog micro-chipped for $40. Book an appointment by calling 519-631-7430.
And as an incentive, City of St. Thomas pet licence tags will be half-price for that day only.
Related posts:
Sheba a symptom of the long-neglected animal welfare system in St. Thomas
Jail term and 10-year ban for St. Thomas man in animal neglect case
Questions and comments may be emailed to: City Scope