A notable exception was Ross Tucker, parks and recreation director, whose salary dipped to $105,030 from $108,810 in 2011.
New to the list are housing administrator Elizabeth Sebestyen at $107,586; director, Ontario Works Barbara Arbuckle, $106,323; and water/wastewater supervisor Cyril McCready $101,268.
So, how about the apparent big bumps with police and fire. What’s the story here.
We talked to Chief Lynch on Friday who explained the biggest, single reason for the increase in his department was the retroactive pay following the lengthy arbitration process last year.
In addition, two constables were seconded to the Ontario Police College near Aylmer and are paid at a sergeant’s rate by the province. City ratepayers aren’t on the hook for those salaries.
The retirement of four senior members of the force last year should positively impact the bottom line in 2013. Offering retirement incentives was a cost-effective move and created opportunities within the department, Lynch advised.
Overtime for the department was in the range of $90,000 (excluding court time) and so was not a significant factor.
“We monitor our overtime very, very closely,” stressed Lynch. “Every single slip that comes in is justified.”
Over at the fire hall, Chief Rob Broadbent also noted retroactive pay was a significant factor.
Overtime was also a contributor, compounded by three long-term illness leaves, which accounted for about 100 days of overtime. In total, overtime ate up $271,000 of the department’s budget.
Of interest, the city will have to negotiate all four of its union contracts in 2014, which, coincidentally, is an election year. Watch for some deft footwork by council and administration next year.
We’ll continue with the public sector salary disclosure next week.

WHAT WAS THE PURPOSE?
We received an advisory this week a special meeting of city council had been called for Thursday afternoon which was to take place behind closed doors to discuss a matter regarding an identifiable individual.
Such meetings are rare and it of course peaked our interest, prompting a call to the city CAO on Friday to get the lowdown.
What transpired the previous day was a lengthy session (not that far shy of three hours) after which a resolution was passed to confirm the appointment of Joseph Starcevic to the board of Ascent group (formerly St. Thomas Holdings Inc.).
And this merited a special meeting of council?
Mr. Starcevic has already served at least one term as an Ascent board member and his re-appointment had been confirmed by council last December.
Because this was an in-camera meeting, Graves couldn’t venture many details, however we learn one member of council, Ald. Tom Johnston, was absent from this marathon.
As a former Ascent board chairman, can we read anything in to this?
Did the special meeting involve his stepping down as chairman or the retirement last year of CEO Brian Hollywood. Or the fact the utility is now losing money – plenty of it – and can’t pay a dividend to the city?
Again, we have to ask, why did the re-appointment of Mr. Starcevic warrant a lengthy, in-camera special meeting of council to confirm a decision made more than two months ago?
Most curious.

THE PLACE TO BE
If you want to engage in earnest and, at times, colourful discourse, drop by the T-J Facebook page where a wide variety of our stories and your feedback is available for discussion and debate. 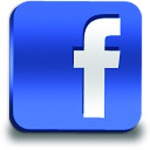 Two examples this week: a letter from Bill Sandison challenging the merits of Mayor Heather Jackson’s upcoming trip to South Korea and Japan, and a photo submitted by Dean Edwards on the city’s snow clearing efforts have generated dozens of comments from our readers.
Our elected representatives at all levels would do wise to drop by on a regular basis and gauge public opinion. It’s better than any water cooler conversation.

QUOTE OF THE WEEK
“I wonder how many people they would have to have on staff to clear all sidewalks and roads while a storm is still going on? This is Canada, we have winter, if you don’t want to deal with the snow or can’t deal with it, stay home and at least give the crews some time to get it clear!”
Reader Adrienne Jefferson responding on the T-J Facebook page to a photo posted by fellow reader Dean Edwards lamenting the piles of snow pushed on to sidewalks by city plows clearing away the remnants of this week’s storm.