In a municipal election campaign that deeply divided the city, it would be fair to say most residents do agree on one thing — thank goodness the damn thing is over with.

The focus on a new police station and, to a lesser extent, revisiting the two-year-old Ascent remuneration boondoggle that ensnared Ald. Tom Johnston, completely shifted the focus away from more pressing concerns.

Will this new council work as a unified body to address unemployment, poverty and homelessness, a staggering infrastructure deficit, the city’s woeful transit system and the west end of Talbot St., to name but a few items requiring urgent attention?

And, while it would be easy for us all to take credit for electing a new-look council, the realization is fresh faces in the council chamber at city hall was an inevitable reality as three veterans were retiring and another two would be casualties in the mayoral race.

The surprise to many has to be the defeat of Mark Cosens in the mayoral battle.

This election was his to lose. The fact he trailed from the very first poll Monday night leads to questions about the political savvy of his campaign team.

His manager/handler Suzanne Van Bommel surely must have realized after the 2010 municipal election that St. Thomas residents abhor robocalls.

Calling households immediately prior to Sunday dinner is a sure-fire turnoff — an annoyance of the highest degree. Continuing to call them three, four and five times in the course of a week will only drive votes to another candidate or worse, alienate them from the voting process entirely.

Outrage after a brazen attempt to turn the Bowling for Boobs charity fundraiser into a Cosens for Mayor rally brought howls of protest from hard-core participants.

And employing a much-loved and respected former MPP as a mouthpiece not only back-fired, it did irreparable damage to the reputation of Steve Peters.

Really Steve, was this worth it?

The healing process in the council chamber and throughout the city could take years.

In the meantime, the onus falls to mayor-elect Heather Jackson and the in-coming council to re-focus efforts on the betterment of this city and its residents.

We have drifted aimlessly for much of the past decade.

There’s work to be done. And the ratepayers are more than restless . . . they’re pissed off.

An uncomfortable realization for the Cosens camp — and that includes Bob McCaig and Van Bommel — that construction of a new, purpose-built police station was not the decisive election flashpoint they had banked on.

If it had been, Cosens would be the new head of council in December.

But Cosens et al should have realized this when McCaig released the results of his St. Thomas Municipal Election Report back in August.

The police station didn’t even crack the Top 12 election issues as documented by the 400 poll respondents.

Only when participants were prompted by a subsequent question dealing with the need for a new police station did the matter surface.

And the 52% of respondents in favour of renovating the existing home in the Colin McGregor Justice Building emboldened Cosens to build his campaign around this. Create a wedge issue and tailor your platform around it.

Trouble is, it didn’t resonate with voters. If it had, the polling rate would have been considerably higher than the anemic 35.8% — identical to the 2010 turnout in the anybody-but-Barwick campaign.

Voters did take matters into their own hands Monday, undertaking what council failed to do this term — punish Ald. Johnston for accepting remuneration — in the form of hockey tickets — for serving as chairman of the Ascent board of directors. 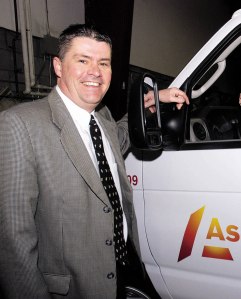 The incident involves payment from then CEO Brian Hollywood — who retired in June, 2012 — to Johnston, in spite of a motion brought forward in 2008 by Ald. Dave Warden and approved by council that the mayor and aldermen would no longer receive compensation for sitting on boards and committees.

Were the season tickets compensation or a so-called performance bonus? Does it really matter?

Council as a whole did nothing in public to acknowledge the incident or take any punitive action against Johnston, even though Mayor Jackson outlined to this corner in September 2012 what should be done.

“It’s stopped and it absolutely will not happen again,” she asserted. “Now you (Johnston) need to repay this, you need to make amends and admit you made a mistake.”

Was any of this addressed? Ratepayers don’t believe there was any restitution.

And, Johnston paid the price — voted out of office — after the issue was re-opened by aldermen Jeff Kohler and Cosens at the last meeting of council.

Was this council so beholden to Ascent, that it ignored its commitment to the ratepayers of St. Thomas — the real Ascent shareholders?

And was council content to keep the matter out of the public spotlight because one or more members perhaps purchased tickets from Johnston?

“I certainly thought that my platform would have been more resonating with the people of the city. But apparently not, and I believe we will get a police station now.”

Mark Cosens with his post-election analysis Monday as Heather Jackson out-polled him in the mayoral race.

3 thoughts on “Voters hung up on robocalls, now it’s time to dial in on issues.”