He’s the hottest and sexiest political commodity in the country right now and surely any number of eager, imaginative up-and-comers would love to be a player on the Justin Trudeau team as it readies for the 2015 federal election.

And yet we are expected to believe not one single motivated individual stepped forward to challenge Lori Baldwin-Sands for the Liberal nomination in Elgin-Middlesex-London?

The former St. Thomas alderman will be acclaimed on Nov. 20 at a nomination meeting to be held at the Knights of Columbus Hall.

That’s right, it was no contest.

So, there isn’t one single over-achiever out there who feels they could better represent the riding than Baldwin-Sands who, week after week, uttered nary a word during council debates. 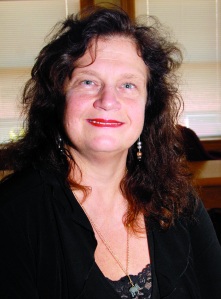 Who could only reply ‘no comment’ to every question presented to her in a Times-Journal interview earlier this week.

This is the same Liberal who was trounced by Conservative Jeff Yurek in the 2011 provincial election, losing by more than 8,000 votes.

Little did we realize the state of the Liberal party in EML had sunk to such precarious depths.

But then again the powers-to-be likely are banking on the political prowess of former MPP Steve Peters and the efforts of highly successful political strategist Suzanne Van Bommel to mount a compelling campaign which will propel Baldwin-Sands all the way to Parliament Hill.

Oh the thought of more robocalls.

HIT THE ROAD RUNNING
To say the in-coming municipal council will have its work cut out for it once members are installed on Dec. 1 is an understatement.

In short order, they will delve into the 2015 budget, wrestle with the next step in housing the city’s police service, try to make sense of the recommendations in the Dobbie Report dealing with reorganization of the environmental services department and ascertain the city’s future relationship with Ascent.

The last two items present unique challenges of their own.

The Dobbie Report, in particular, should council actually move forward on any or all of the 10 sweeping recommendations.

This corner may have lost something in the interpretation, but when you talk about structural reorganization of a department you assume that means an effort to cut costs and achieve efficiencies.

However much of the reports dwells on more people, more equipment and technical goodies and competitive salaries to attract staff.

None of which bodes well for cost saving at city hall.

The most curious recommendation would see the clerk responsibilities removed from the job description of CAO Wendell Graves. So, would that mean a corresponding cutback in wages?

It sure didn’t happen with former treasurer Bill Day when a similar shuffle in department duties was implemented.

With Ascent, council needs to establish the true financial picture of the utility. Will it provide the city with a full dividend in 2015 and will Ascent be awarded, carte blanche, all of the IT projects at city hall?

YOU CAN’T GET THERE FROM HERE
Under the Accessibility for Ontarians with Disabilities Act, the city must hold an annual open house at which time the public will have an opportunity to offer feedback on the city’s accessibility plan with respect to transit services and transportation.

The city is seeking comments on three general areas: accessible parking and the fine structure; accessible traffic signals; and the automated call out and display of bus stops on St. Thomas Transit buses.

Closer inspection of the report presented to council on Nov. 3 reveals a couple of stumbling blocks likely to impede relevant feedback from the public.

To start with, the accessible traffic signals are on hold for the time being because they require “new built environment standards.” No one on council requested that engineering double-speak be translated into something we all might understand.

And, the automated call out and display of bus stops isn’t scheduled to be rolled out until “early 2015.”

Hard to provide a positive critique on something that isn’t operating in the real world at this time.

One other consideration overlooked for the transportation open house: the library is not on a St. Thomas Transit bus route. The closest stop would appear to be in front of city hall — considering the vagarities of late-November weather, the potential exists for an uncomfortable trek for anyone with accessibility issues.

ELEVATED PARK UPDATE
In August, 2012, Matt Janes of On Track St. Thomas unveiled plans to purchase and develop the Michigan Central Railway bridge over Kettle Creek at Sunset Drive. The bridge was constructed in 1929 and at one time carried over 140 trains every day.

This easterly view of the Michigan Central Railway bridge, which spans Kettle Creek, Fingal Line and Sunset Road, shows the massive concrete piers that support the structure built in 1929.

In his deputation to council, Janes announced his group’s vision to honor one of the most iconic structures in southwestern Ontario through the creation of Canada’s first elevated park.

Since then, several clean-up days have been held at the eastern approach to the proposed elevated park and at 7 p.m. Thursday, On Track is holding a general info meeting in Anderson Hall at the CASO station.

The ambitious undertaking would be one of a handful of elevated parks in existence around the world – a “signature tourist attraction for the city and the entire region,” boasted Janes during his council appearance.

QUOTE OF THE WEEK
“We know that many in St. Thomas, even those working full-time, are making choices between feeding themselves or paying the rent, buying food or paying for hydro.”

Lindsay Rice, chairman of the YWCA Pathways to Prosperity project which will calculate the actual cost of living in St. Thomas.