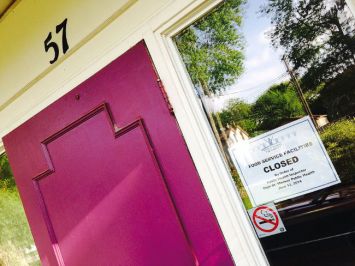 Seven years after the health unit closed the kitchen for three days due to food handling and storage violations, Southwestern Public Health ordered Walnut Manor closed due to public health violations.
After years of enduring rodents, bed bugs, mould and food best described as appalling and not appealing, the health unit today (July 7) issued a Section 13 Order under the Health Protection and Promotion Act to close Walnut Manor in St. Thomas due to the existence of significant health hazards.
The closure comes on the heels of an exterior fire back in May in which, luckily, no one was injured.
The only surprise in this closure order is the fact it took the health unit, city hall, mayors and councils, the fire department and other agencies in St. Thomas years to send a message to owner Vishal Chityal of SupportiveLiving.ca that our most vulnerable residents do not deserve to be warehoused in the fashion they are at Walnut Manor.

And for Chityal and his staff to win awards from organizations like Canadian Over 50s Housing Magazine, whose head office is in Los Angeles, is a horrible insult to those who have endured these miserable conditions year after year with not a peep from any of the aforementioned groups and organizations. 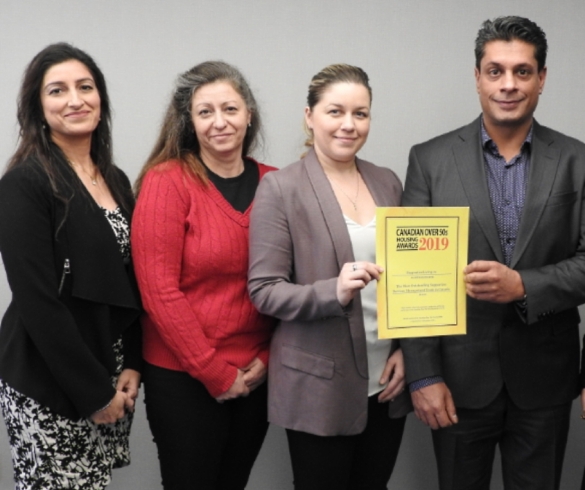 Southwestern Public Health conducted a series of inspections on June 3, 11, 22, 29, and July 6 “that revealed ongoing violations at the site, including extensive mould contamination, rodent and bed bug infestations, sanitation issues, and a lack of hot running water,” according to a health unit release.
Did you spot that critical word?
Ongoing, as in years of documentation right here in City Scope.
That media release goes on to note, “This location has a history of public health violations with progressive enforcement actions taken over the past several years.”
A note to the health unit.
Is it possible to get a breakdown of the “progressive enforcement actions?”

“Local municipal and community services are currently leading temporary relocation efforts for residents. This will ensure a safe and healthy environment for Walnut Manor’s residents until the violations are addressed.”

Peter Heywood, program director of environmental health at Southwestern Public Health noted, “This was an unfit, unsafe environment for living, and not at the standard expected of a supportive living facility.
“Each of these individuals deserves to live in a home that is healthy and safe.”
We understand they are being temporarily housed inside the Joe Thornton Community Centre.
It is good to see Southwestern Public Health now stepping to the forefront and taking progressive action against the home’s operators.
Likewise, Kim Destun, Chief Fire Prevention Officer at the St. Thomas Fire Department deserves mention for acting on what could have been a disastrous fire back in May resulting in possible injuries or death.
It would appear the increased inspections all transpired after that near miss.
The media release advises, “Local municipal and community services are currently leading temporary relocation efforts for residents. This will ensure a safe and healthy environment for Walnut Manor’s residents until the violations are addressed.”
How much time has Chityal and SupportiveLiving.ca been given to address these concerns?
And what if he just says to hell with it and walks away?
Now here’s a point to ponder.
Walnut Manor traditionally has a population of approximately 15 to 18 residents. But we understand the number of residents housed there at the present is 26.
Could it be some individuals have been shipped over to Walnut Manor from Humberstone Manor Supportive Living Residence in Port Colborne?
That facility – also owned by SupportiveLiving.ca – was the scene of a fire last month that resulted in extensive smoke and water damage.
Again, a blessing there were no injuries.
Two fires within a month and a Section 13 Order.
Could be a bleak honours season for Vishal Chityal and his award-winning staff.

3 thoughts on “A Section 13 closure order for Walnut Manor – ‘This was an unfit, unsafe environment for living’”