The first thing you notice are the gaping holes where the ceilings have fallen away.
Patches of paint which have not yet floated to the floor cling tentatively to the walls.
In other areas, vast expanses of paint blister like badly burned skin.
Missing tiles in one of the showers have been replaced with duct tape and garbage bags. 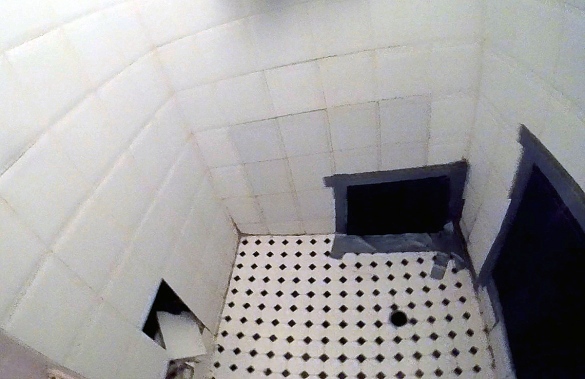 The remnants of a skylight are stuffed with a blanket and when it rains, water drips to the floor and down the front stairs.
The pair of apparently forgotten apartments are clearly visible from the window of Mayor Heather Jackson’s office.
The upper dwellings at 554 Talbot St. — seemingly off the radar of several departments at city hall — are home to four tenants who have reached their limits of endurance, shivering in poorly heated residences devoid of proper insulation and plagued by drafty windows.
What’s most shocking is the owner of these apartments has been approved by St. ­Thomas-Elgin Ontario Works for funding to add 10 one-bedroom units next door at 560 Talbot St., above the former Capitol Theatre.

Two of the apartments will be reserved for clients supported by the YWCA of St. Thomas-Elgin and the remainder are for Canadian Mental Health Association clients.
Owner Antoine Trad has also applied for funding under the city’s Community Improvement Program (CIP) to assist with construction of a spa in the now-vacated shops underneath the apartments.
City manager Wendell Graves, Chief Fire Prevention Officer Bill Todd and acting director of St. Thomas-Elgin Ontario Works Elizabeth Sebestyen were all unaware the two apartments were still inhabited.
Fire officials visited the apartments Thursday and again Friday to ensure proper smoke alarms were in place and ordered holes in walls and ceilings be repaired. 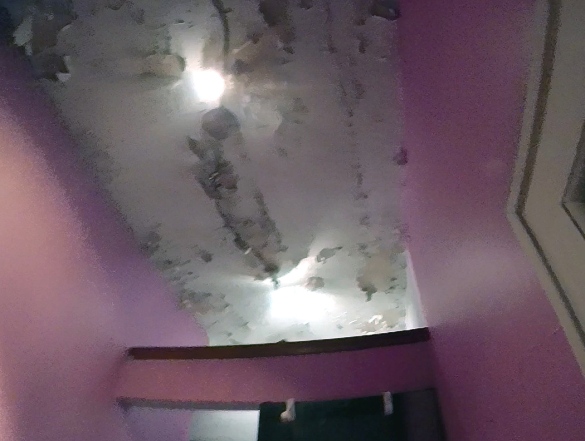 “I thought he was shutting down that whole thing while he rebuilt,” Todd told the Times-Journal on Thursday (Jan. 21, 2016). “And that’s the problem with some of these places. If we don’t get in to them, we don’t even know there’s an issue and I didn’t think anybody was living in those apartments.”
Sebestyen, meantime, inspected the premises Thursday and was shocked at what she saw.

“We have some leverage to make sure those existing apartments are better maintained and repaired and he is committed to doing that. . . And we may impose some conditions around that before any funding is transferred that those apartments are repaired. There is some major work and some superficial work that needs to be done and there are some fire safety concerns the fire department is dealing with.”
As for CIP dollars, Graves indicated prior to releasing any funding, city staff would “do a scan with finance, the building department and the fire department to make sure there are no outstanding issues.”
Graves confirmed chief building inspector Chris Peck would be checking on conditions at the street-level spa project but no clearance had yet been given to inspect the apartment dwellings.