It’s taken close to a week but the city sent a building inspector over to 554 Talbot St. to ascertain what needs to be undertaken to at least bring one or both of the ‘forgotten’ apartments across from city hall up to minimum property standards.
This follows on the heels of two visits by fire prevention officers last week to document fire code shortcomings in the upper units adjacent to the former Capitol Theatre.
So are the four residents any closer to more hospitable accommodation?
Chief Fire Prevention Officer Bill Todd said Friday, “The smoke alarms were installed and the junk and everything moved out of the hallway. I think the only thing left is the owner had to order fire doors.”
Take note if you happen to live in any of the similar upper apartments along Talbot Street. Second-story apartments only require one way out, advised Todd. Such is the case at 554 Talbot Street.
“Third storey, then they require a fire escape,” explained Todd.
Do all units downtown meet this requirement? 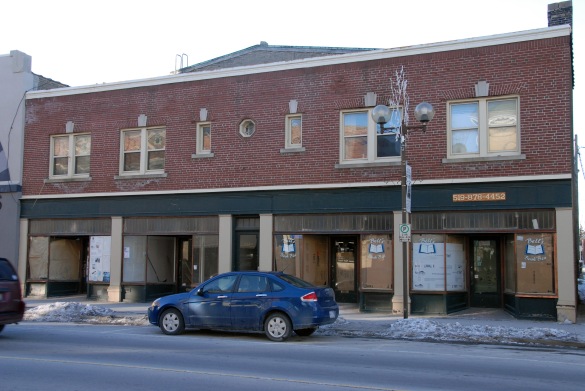 From the city’s point of view, chief building inspector Chris Peck provided this update.
“One of our building inspectors was over there this week and definitely there are issues there. We will be following up under the property standards bylaw.”
What time frame are we looking at with remedial work on these deficiencies?
“That will totally depend on how the discussions between the inspector and the owner (Antoine Trad) go,” Peck noted. “It’s a matter now of following the process. If we can keep it amicable, and move forward without getting into the full enforcement, all the better.”
And what would full enforcement entail?
“The first step would be a written notice along with a period to comply. If that’s not rectified, then it would proceed on to an order. And there’s a formal procedure around the order.”
In any event, Peck is anticipating cooperation on the part of the owner.
“I think there likely will be because he’s looking to do some other work in the back of the building. So we fully expect him to cooperate.”
Based on comments sent our way, this is far from an isolated episode.
How many similar – or most likely far worse – hovels exist in the downtown core?
Yes, many are in a horrid state of disrepair due to tenant neglect and abuse.
But how many decrepit dwellings are being rented out to individuals desperate to find accommodation of any sort and are willing/forced into paying princely sums for pathetic digs?
Related posts:
The city’s forgotten apartments
Round @ of demolition derby announced

HOMELESS HAPPENS
It’s a significant amount of money — $1.2 million in provincial funding allocated under the Community Homelessness Prevention Initiative (CHPI) for the period April 1, 2016 to March 31, 2017.
Background on CHPI and where the funds will be allocated is contained in a report from Elizabeth Sebestyen, acting director of St. Thomas-Elgin Ontario Works, to city council.

Of interest is the Emergency Shelter Solutions sector where it is revealed a new Emergency Youth Shelter is slated to open next month.
It will be located in the Youth for Christ building on Edward St., and is an initiative of the Taking Action on Youth Homelessness Committee.
This new shelter will contain up to six beds to provide temporary housing for males aged 16-22 who “have been referred through an established inter-agency protocol.”
It will be open from 9 p.m. to 8 a.m. up to four days per week on a rotating schedule, with more days added as additional volunteers are recruited and trained. The expectation is the shelter will open seven nights a week, year round.
It will receive $24,000 in funding for the year.
It brings to three, the number of emergency shelters receiving CHPI funding.
The seasonal Inn Out of the Cold receives $50,000 and the YWCA Women’s Residence with three emergency beds is funded to the tune of $12,000.
Homeless advocate Jason McComb has hammered away at this for three years now. Homelessness has become a more visible and urgent priority in St. Thomas and Elgin.
In her report Sebestyen concludes. “CHPI funding has helped to support and sustain a number of homelessness prevention initiatives in the community, delivered by community agencies and by the Ontario Works Department, and has helped to create a coordinated and integrated system of services for people facing homelessness.”

Homelessness is a reality in St. Thomas and Elgin

WHAT’S IN A NAME?
Associated with construction of the $11 million headquarters for the St. Thomas Police Service is the extension of Third Avenue, north to Talbot St. 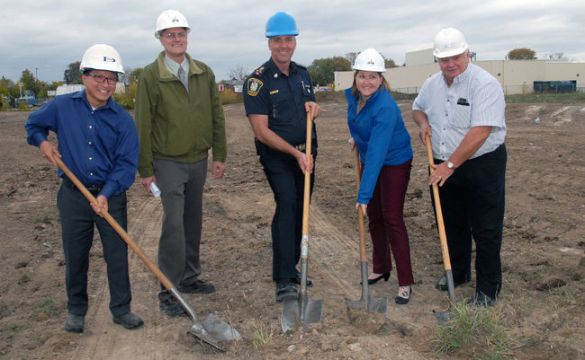 Ground is broken for the new $11 million home of the St. Thomas Police Service

This long-awaited short cut between Wellington and Talbot streets will allow easier access to the core area, which has shifted east from the traditional heart of downtown.
In a report to council on Monday, members will deal with the naming of the northward extension.
The report’s author, city clerk Maria Konefal, advises “Naming a new street, particularly in the downtown core, provides council with a unique opportunity to choose a name that recognizes surrounding railway lands such as the Elgin County Railway Museum, the Canada Southern Railway station and the rail connection to the London & Port Stanley rail corridor.”
So you see where we’re going here. We need to keep alive our railway heritage. And that is why the new skate board facility, when opened, will be known as the Railway City Skatepark.
And the name proposed for the Third Avenue extension is . . . CASO Crossing.
The clerk’s report explains, “The proposed name pays tribute to the significance of the Canada Southern Railway to the City of St. Thomas and the suffix, ‘Crossing’ provides both a thematic and literal link between two streets, which has not existed since the 1870s.”
You have to admit, it is far more imaginative than the generic Third Avenue,  located between Second and Fourth.

QUOTE OF THE WEEK
“So much of what is wrong with Ontario is because of the highest energy rates in North America. That is one of the underlying reasons that we’re a laggard and why we’ve become a have-not province.”
PC finance critic Vic Fedeli speaking Wednesday at an economic round table hosted by the St. Thomas and District Chamber of Council.

City Scope appears Saturday in the Times-Journal. Questions and comments may be emailed to ian.mccallum@sunmedia.ca.
Follow @ianscityscope