“All things are positive from the get-go.”
That’s the upbeat assessment of the working environment at the Elgin branch of the Canadian Mental Health Association after the Southwest Local Health Integration Network took a unique approach by appointing a supervisor for the St. Thomas/Elgin operation.
That move, initiated this past spring, was prompted by the report from healthcare consultant Ron McRae which pointed to numerous issues of poor governance and a lack of oversight.
Things had sunk to such a level last October that an information picket was held outside the Centre Street office in St. Thomas by staff – represented by OPSEU Local 133 – who claimed they were working in an environment of fear, intimidation and anxiety.
“It’s hideous, it’s a long-standing issue,” noted OPSEU staff representative Carol Warner at the time.
“I would say it’s a systemic issue. We have grievances in the docket that are, at a minimum, four or five years old. And the grievance program has flaws as well.”

Well, fast forward to this week and the arrival of appointed supervisor Sandy Whittall has seen a marked improvement in working conditions, according to OPSEU regional representative Rain Loftus.
Or perhaps it’s the departure of executive director Heather Debruyn.
McRae’s report included a staff assessment of Debruyn’s ability to head CMHA Elgin in an effective manner. On a scale of one to five, her average score was 1.8.
A “cause for concern,” concluded McRae.
Speaking with Loftus on Thursday (July 5), he noted, “The previous executive director is gone, so there is no hangover there. There is no thought that person is returning. That cleared the way.
“I think that’s where our membership exhaled a little bit. I think it certainly moved the needle in the right direction. We’ve always maintained we’re there for dialogue and certainly we’ll work together and that’s what we’ve been doing and will continue to do.”
The uncertainty at this point is how long Whittall will remain in the supervisory position.
“My understanding is she is there until September,” advised Loftus. “I don’t know if that is renewable or where that sits.”
“She has met with the local president (who is offsite and not in that particular workplace). They have been very positive meetings. She has been very up front and very accommodating and certainly easy to deal with. She is wanting to open the communication lines and work together. All things are positive from the get-go.”
Loftus added staff “are thrilled with having the ability to have conversations.”
Assuming Whittall is only onboard until September, then what is next?
“She can set a course and see where things either end up or she is asked to stay on because things are progressing,” suggested Loftus.
“Because it’s new ground, I don’t know where we end up. I know her mandate is broad and that she is there to clean things up and get things back on course and where they really should be. I think she is going to surround herself with people who will do that. I think that’s where we’re headed.”
Another flash point in McRae’s report was the composition of the board of directors. He noted two of the four directors were friends of Debruyn, possibly leading to “a conflict of interest.”
He recommended increasing the board structure to six or seven individuals.
Loftus was not as concerned with the board due to limited contact with the directors.
“There were conflicting things about what they were doing. The union interaction with the board is usually pretty limited. The direction comes through the executive director, that’s who we have communication with. That’s where the discussions go for us.
“The fact we seem to have someone who values that relationship and wants to foster a good working environment, that’s all that I’m really concerned about at this particular juncture.”
We reached out to Whittall and Jesse Lake, director – human resources, data, and communications at CMHA Elgin, for comment on the possibility of hiring a new executive director but we have yet to hear back from either.

‘If you are fighting battles internally and fearful of things in your own workplace, it doesn’t make for productive work.’ – Turning the corner at CMHA Elgin?

THIRD-PARTY AUDIT . . . NOTHING FURTHER TO ADD

As we reported June 23, the third-party audit of Early Learning Centres in St. Thomas and Aylmer initiated by the city has been completed. At that time, Irma Pederson, supervisor of children’s services at the St. Thomas-Elgin Social Services Department,advised “the new management (at the ELC) is working very diligently on meeting all of the criteria and all of the regulations. And they are putting new systems in place . . . because they had a change there.” 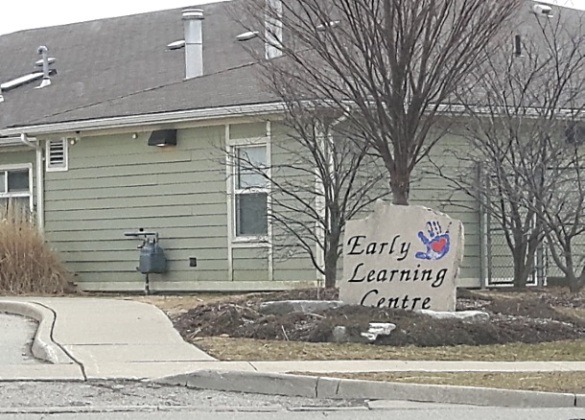 The audit was prompted by complaints from staff who had not received top-up pay owing them. The wage enhancement – amounting to about two dollars per hour – is a method of equalizing the wages paid to staff at school-based centres and what the private centres pay.
Pederson could offer few other details and suggested Elizabeth Sebestyen, director at the St. Thomas-Elgin Social Services Department, could provide more information upon return from holiday.
We talked with Sebestyen on Friday (July 6), with little in the way of additional details being provided.
“I really don’t have anything further to add. The deficiencies have been corrected and any outstanding payments have been made.”
So what caused the breakdown in payment to staff who were entitled to the wage enhancement?
“That’s why we do due diligence . . . and this is the first of more that we will do to see that the program has been administered in the way it was supposed to have. When we find things, we will right up a report and expect them to be corrected.”
Will that report come to council?
“I don’t think it will go to open council,” suggested Sebestyen.
Hmmm. Does that give you the impression it will be dealt with in closed session? If so, are there underlying issues at play here?
Sebestyen continued, “If you want more detail you can try calling the board president or one of the board members and it would be up to them to provide you with more information.”
But hold on here. Back in March, Sebestyen confirmed the city initiated the audit as part of a due diligence process and not a reaction to staff complaints.
Sebestyen added the audit is being undertaken to “make sure the money was distributed the way it should have been.”
Shouldn’t there be full disclosure to ratepayers – as an assurance all systems are functioning properly at city hall – and to the province, which provides the wage enhancement funding?
As for contacting Rebecca Kapogiannis, chairperson of the Early Learning Centre board of directors, she previously would not comment on the third-party audit and likewise declined comment on the departure of former executive director Patricia Riddell-Laemers, apparently dismissed by the board.
Her sole remark was memorable, “Good luck with your investigation.”
Still with Riddell-Laemers, last week she responded to our question as to why she had been suspended by the College of Early Childhood Educators for failure to provide information by way of the following explanation.
“I didn’t submit a change form to inform them I was no longer working for ELC. It is a 30 day requirement and I was off by a few days.”
Well, that explanation didn’t sit well with a fellow educator who contacted the College of Early Childhood Educators and was told a member would not be suspended for that indiscretion.
That seems plausible as, no doubt, any number of members would be on the suspended list for not remaining current with their employment status.
In the meantime, we await contact from her lawyer, Gene Chiarello, as to any rebuttal Riddell-Laemers may be able to offer in light of the fact some portion of all this is before the courts.

Third-party audit at ELC: Routine due diligence or complaint driven?

Deemed unsafe last November, the decades-long tenure of the Bailey bridge across Dalewood Dam is soon to be but a memory.

Work is now underway on the Dalewood bridge replacement project that will see the temporary structure – in 1983 at a cost of $35,000 – superseded by a new, two-lane bridge featuring a multi-use path at a cost of $4.5 million.
The year-long project involves removal of the existing structure; replacement of the roadway from Woodworth Crescent to Water Tower Line; construction of the new bridge; improvements to the storm drainage system; road, curb, and sidewalk on the east side of the roadway; habitat enhancements; and landscaping/tree planting.

During construction, Dalewood Road will remain closed to all traffic. Alternate routes include Burwell Road and/or Wellington Road to Ron McNeil Line.
Trails around Dalewood Reservoir remain accessible from Locke Avenue and the
Dalewood campground. Those trails leading to the Dalewood Road bridge are closed during construction. A map of the trail closure can be found here. Access to the Waterworks disc golf course is from the top of the hill with parking at Lockes Public School. The parking area near the bridge at the Dalewood reservoir will be closed during the project.

Veteran municipal politician Jeff Kohler has filed his nomination papers and, as a result, the majority of this council is seeking to return for another four years.
Kohler joins Gary Clarke, Joan Rymal and Mark Tinlin vying for one of eight councillor seats in the Oct. 22 vote, while Steve Wookey has his eye on the mayor’s office.
That leaves Mark Burgess as a question mark and, if her health permits, we have no doubt Linda Stevenson would love to return to the council chamber.
As for Mayor Heather Jackson, she will likely wait to see who else may join the mayoral fray before committing.
Still keep hearing rumblings former MP Joe Preston would like to enter municipal politics. Perhaps that might influence the final lineup in the mayoral race.
The deadline for filing nomination papers is July 27.